STRANGERS TO OURSELVES by Rachel Aviv 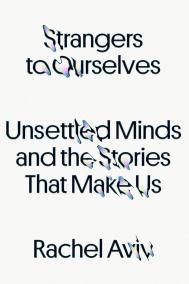 Rachel Aviv’s nonfiction debut STRANGERS TO OURSELVES received a rave review from Jennifer Szalai for The New York Times Book Review. She writes: “Aviv’s narrative is so attuned to subtlety and complexity that any summary risks making it sound like she’s doing something she’s not. This isn’t an anti-psychiatry book — Aviv is too aware of the specifics of any situation to succumb to anything so sweeping and polemical. What she does is recognize the multiplicity of stories that attach to her subjects’ experiences, exploring a variety of interpretations instead of jumping at the impulse to explain them away...STRANGERS TO OURSELVES delicately balances two truths that prove remarkably difficult to hold in tandem…[and] is a book-length demonstration of Aviv’s extraordinary ability to hold space for the ‘uncertainty, mysteries and doubt’ of others.” The book was also featured on The New York Times’ compilation of “18 Books Coming in September.” Farrar, Straus and Giroux will publishe the book on September 13, 2022.