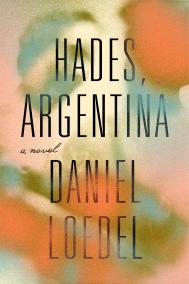 Daniel Loedel’s debut novel HADES, ARGENTINA was featured in a piece in The Atlantic by Colin Dickey entitled “Eight Ghost Stories in Which the Dead Won’t Go Quietly,” alongside the works of Edith Wharton, Louise Erdrich, and others “in which characters are confronted by unresolved pain that erupts into the present in sometimes frightening but illuminating ways.” Dickey writes: “In Loedel’s novel, ghosts are a language for this open wound, a way to narrate death and loss in the absence of any kind of record.” Riverhead Books published HADES, ARGENTINA in hardcover on January 12, 2021 and in paperback on January 11, 2022.