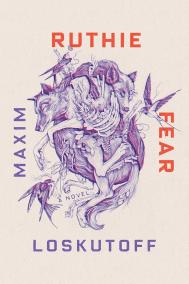 For the second consecutive year, Maxim Loskutoff's work has been nominated for a High Plains Book Award. Winner of the 2020 Short Stories Award for his debut collection COME WEST AND SEE, Loskutoff is now one of three finalists for the 2021 Fiction Award for his first novel, RUTHIE FEAR. The High Plains Books Awards recognize “regional literary works which examine and reflect life on the High Plains, including the states of Montana, North Dakota, South Dakota, Wyoming, Nebraska, Colorado and Kansas, and the Canadian provinces of Alberta, Manitoba and Saskatchewan.” The final winners will be announced at a ceremony in September during the High Plains BookFest. W.W. Norton & Company published RUTHIE FEAR on September 1, 2020.