A LOVER'S DISCOURSE by Xiaolu Guo 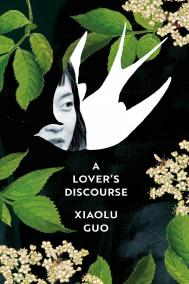 Madeleine Schwartz profiled Xiaolu Guo's literary and film works for The New York Review. On Guo's latest novel, A LOVER'S DISCOURSE, she writes: "Guo seems interested in describing distance rather than points of commonality, capturing an inability to talk rather than a global conversation. While the language of globalized literature can be flat and universal to the point of alienation, Guo’s English, with its deliberate missteps, its open confusion, and its pockets of cold, is perhaps better able to capture a certain kind of alienation that people feel when being forced to communicate in a language that isn’t native to them." Grove Press published A LOVER’S DISCOURSE on October 13, 2020.