YOUR DUCK IS MY DUCK by Deborah Eisenberg 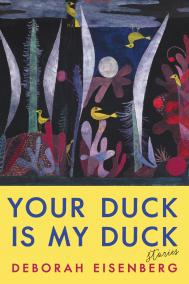 Deborah Eisenberg’s short story collection was named one of the best books of the year by the New York Times book critic Parul Sehgal, who raves that the book is “so instantly absorbing that it feels like an abduction.” Pankaj Mishra also called it one of the best books of the year in The Guardian saying “Few writers of fiction have chronicled American power and its psychic costs as steadily and briskly over the decades as Deborah Eisenberg.” Ecco published the book on September 25, 2018.