THE SHANNARA CHRONICLES by Terry Brooks 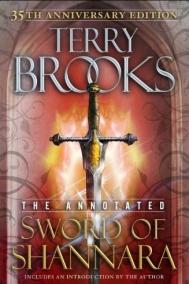 While MTV is the network you'll see SHANNARA in the U.S., television networks around the world are fighting for the right to air SHANNARA in their respective country. The first of the international networks has just been announced: Herbert L. Kloiber’s TMG has acquired the rights for German-speaking Europe from Sonar Entertainment.