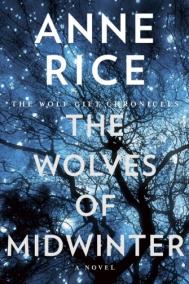 The announcement on her son Christopher Rice’s podcast, The Dinner Party Show, that Anne Rice would be continuing the adventures of the vampire Lestat was written up in the New York Times and The Guardian. Knopf will publish PRINCE LESTAT in October. Her most recent novel, THE WOLVES OF MIDWINTER was also published by Knopf on October 15, 2013.