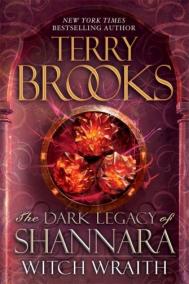 MTV will air a drama series based on Terry Brooks’ much beloved SHANNARA books. Jon Favreau is to direct the series, and Al Gough and Miles Millar, whose credits include Smallville, will write the script. Dan Farah and Terry Brooks will help produce. WITCH WRAITH, the most recent book in the long running Shannara series, was published by Random House on July 16, 2013.