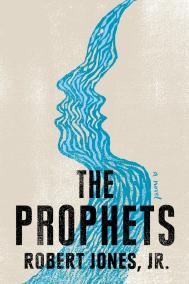 Robert Jones, Jr.’s monumental debut novel THE PROPHETS is a featured pick for the Book of The Month Club, and the Amazon Debut Spotlight Pick. It has also been featured on the New York Times’ list of “13 Books to Watch for in January,” The Washington Post's “10 Books to Read in January,” TIME's “10 New Books You Should Read in January,” BuzzFeed’s “19 New Historical Fiction Books We Think You’re Going To Love,” Electric Literature's “27 Debuts to Look Forward to in the First Half of 2021,” and the Independent UK’s “Books to Look Out for in 2021.” Lastly, the New York Times profiled Jones Jr. before the book’s release, and in its first week of publication, Danez Smith wrote a glorious review for the New York Times Book Review. G.P. Putnam’s Sons published THE PROPHETS on January 5, 2021.