THE FURROWS by Namwali Serpell 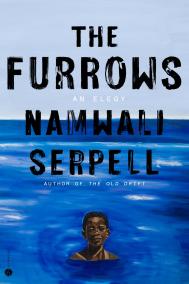 THE FURROWS by Namwali Serpell published this week to a chorus of critical acclaim. A stunning review from Lynn Steger-Strong for The Los Angeles Times raves: “On the terms THE OLD DRIFT set out for itself, it was absolutely an accomplishment. Had I been assigned to write about it, I would have focused on all the ways, on its specific terms, it succeeded wildly. I bring in taste only to tell you that her second novel, THE FURROWS, out this week, is also a success on the terms it set out for itself. But it is a further testament to Serpell’s abilities and alacrity as an artist that, this time, I was completely in the thrall of the thing she made. The bombast of THE OLD DRIFT has been replaced with intimacy, intense emotionality and specificity, but the ambition, the acuity of the intelligence, remains… If THE OLD DRIFT put Serpell in conversation with Rushdie and García Márquez, THE FURROWS seems to stand on the shoulders of Virginia Woolf and Toni Morrison.” The New York Times ran a profile on Serpell, where Lauren Christensen writes: “Confronting sudden loss in her own life, Namwali Serpell has written THE FURROWS, a disquieting portrait of the human mind, warped by grief... [H]er breadth of expertise puts her in the intellectual minority. ‘Let’s put it this way,’ her colleague and former professor Henry Louis Gates Jr. said. ‘It’s rare to find a creative writer who also has a Ph.D. in literary studies.’” Mary Retta’s review for New York Magazine’s Vulture raves: “The sort of grief Serpell depicts is complicated and unruly, which makes it feel tangibly real…THE FURROWS is, overall, a triumph. Serpell’s deft prose and languid narration come through beautifully throughout the novel.” Serpell sat down in conversation with Juana Summers for NPR’s WNYC Radio to discuss THE FURROWS. Elsewhere, Entertainment Weekly, Lit Hub, USA Today, Oprah Daily and others featured the book on roundups of the best new releases of September. Hogarth published THE FURROWS on September 27, 2022.