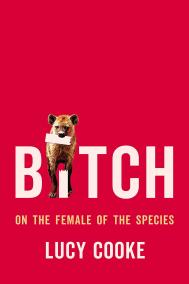 Ahead of its summer release, Lucy Cooke’s BITCH has already gained impressive critical acclaim. A starred review from Kirkus describes the book as “[a] cheerful and knowledgeable popular science review of female animals” and “[a] top-notch book of natural science that busts myths as it entertains,” adding: “Readers will receive a superb education in the evolution and mechanics of animal sex as well as countless colorful anecdotes describing bizarre reproductive behavior. Readers will find the familiar account of female spiders eating males as they try to mate, but there is much more to discover in Cooke’s fascinating pages.” Meanwhile, a review from Publishers Weekly praises the book as “zippy” with “vivid detail,” adding: “The author has a charmingly irreverent style that, among other things, pokes holes in the sexist scientific research of old that used cherry-picked data to conclude females weren’t worth studying. This hits the right balance between informative and entertaining; popular science fans will want to check it out.” Basic Books will publish the book on June 14, 2022.