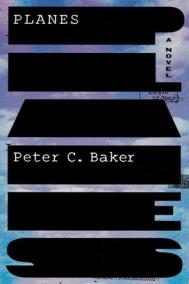 Peter C. Baker’s debut novel PLANES published amidst a flurry of positive press from both national and local media, including a review in the Minneapolis Star Tribune (“[Baker’s] prose is an apt delivery system for a subtle portrait of two women who've been robbed of things they might never recover”), Harper’s (“Baker’s prose is clean and vivid, his characters movingly and effectively evoked…[PLANES] illuminates urgent questions in unexpected ways”), and The New York Times Book Review (“In his debut novel, PLANES, Peter C. Baker delicately crafts the internal lives of these very different people…captur[ing] our shared human ache with stunning accuracy.” PLANES has also made an appearance on a number of most-anticipated and summer reading roundups, including lists by Publishers Weekly, Debutiful, Vulture, and the Chicago Tribune, and Baker has been interviewed by INDY Week, the Our Struggle podcast, and the Burned by Books podcast. Knopf published planes on May 31, 2022.