SCIENTIST: E.O. WILSON: A LIFE IN NATURE by Richard Rhodes 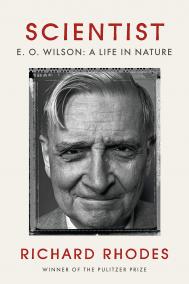 SCIENTIST by Richard Rhodes received a starred review from Booklist. They rave: “No disrespect to Hank Pym, Marvel Comics’ shrinking scientist and Avenger, but the real “Ant-Man” is Edward O. Wilson, the world’s preeminent myrmecologist (expert on ants) and conservationist superhero. Esteemed biographer and historian Rhodes warmly portrays Wilson as an ambitious and accomplished biologist, a passionate and influential advocate for identifying all life forms and preserving half of Earth as natural habitat, and a prolific, Pulitzer Prize–winning writer…His many admirable attributes include a genuine inquisitiveness, sense of wonder, and deep concern for all life, from insects to people, and our planet.” Doubleday will publish the book on November 9, 2021.