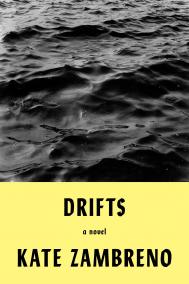 The LA Times named Kate Zambreno’s DRIFTS as one of the “Best Books That Got Lost in the Noise of 2020,” writing: “The too-often underestimated Zambreno has written a novel about the wanderings of a writer’s mind — her mind — as it tries to pin down a slippery new idea and turn pinballing mental ramblings into something as concrete as a hardback book. If this sounds distant and remote, do not fear: DRIFTS is as embodied as novels come, practically vibrational as its narrator snatches her ideas out of the air and turns them into, well, DRIFTS.” Riverhead Books published the book on May 19, 2020.