WE KEEP THE DEAD CLOSE by Becky Cooper 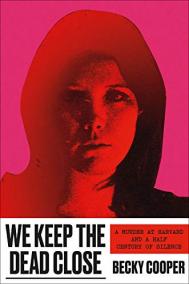 Investigative reporter Becky Cooper’s true crime debut, WE KEEP THE DEAD CLOSE, continues to rack up praise in the weeks leading up to its publication. The book received a starred review in BookPage, and a Q&A with Cooper will be featured in the magazine’s November print and online issues. Boston Globe Magazine featured an exclusive excerpt from the book. It has also been named a Publishers Weekly Best Nonfiction Book of 2020, has been nominated for a Nonfiction Goodreads Choice Award, and has been called a must-read by PopSugar, PureWow, WAMC, and countless other outlets. Grand Central Publishing will publish the book on November 10, 2020.