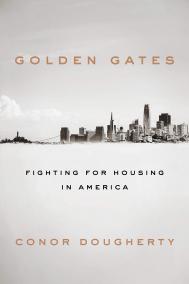 GOLDEN GATES by Conor Dougherty is one of Esquire’s Best Books of 2020. They write: “What could be a dry narrative of the housing crisis is utterly gripping in Dougherty’s hands, told as it is through the lens of individuals in San Francisco struggling with rising rents, housing scarcity, and poverty. Through zippy prose and deep reporting, Dougherty explains why housing has become unaffordable and how we can solve the problem--that is, if we want to.” Dougherty also discussed his work as a housing reporter with the New York Times, writing: "Housing should be an investment in people. It shouldn’t be an investment in structure. We would do well to start asking ourselves more frequently, 'What is the point of having a home?' To live in it." Penguin Press published the book on February 18, 2020.