THE GIRL WHO SLEPT WITH GOD by Val Brelinski 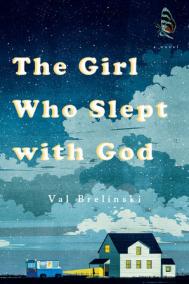 Val Brelinski’s THE GIRL WHO SLEPT WITH GOD was reviewed in Publishers Weekly, which said, “Intriguing…in her debut novel, Brelinski makes Jory’s solitude nearly palpable and dissects the dynamics of family…the result is fascinating.” Brelinski also published an essay in the magazine about blending fiction with her own fundamentalist Christian upbringing. Viking publishes the book on August 4, 2015.