THE DYNAMITE ROOM by Jason Hewitt 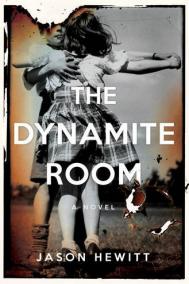 Jason Hewitt’s THE DYNAMITE ROOM received a starred Booklist review, which said, “In this fine balance of taut suspense and tragedy, Hewitt has created an emotionally charged character study in which he explores the loneliness, fear, hope, and shame that war visits on ordinary people. Mystery and general-fiction book groups will enjoy dissecting these characters and their nuanced story; highly recommended to fans of Karin Fossum as well as to readers of character-driven historical fiction.” Little, Brown publishes the book on March 17, 2015.